Showing posts from September, 2005
Show all
September 30, 2005
Simplify, dummy.... Imitation Across Industries Is More Efficient and Effective Than Blue-Sky Creativity and Innovation. If you accept that one million monkeys pounding on keyboards for one thousand years will eventually, accidentally produce a ton of gibberish and one Shakespearean sonnet, you must also accept the converse: that a lone creative individual racking her brain will produce much less gibberish, and nothing profound. Appropriating existing marketing concepts is cheaper — and certainly quicker to implement — than developing new ones. The secret is bringing a great idea from another market or industry to your market or industry. For more go here .
Post a Comment
Read more
September 30, 2005
Well said... The challenges we face today in getting people to share what they know and to collaborate effectively are not caused or cured by technologies, they are cultural impediments. It's extremely difficult to change people's behaviours (they usually exist for a reason), so the solutions we find have to accommodate these behaviours, and these cultures, rather than trying to 'fix' them. If I had a bajillion dollars, I'd simply hire Dave Pollard to fix everything I do wrong.
Post a Comment
Read more
September 30, 2005
Stuck in voice-mail hell? This website helps you find a real live person at 71 of the nation's largest companies.
Post a Comment
Read more
September 29, 2005
Better isn't always better... Interesting post on the continued discontinuations of certain insulin products: Back in July, we reported on Eli Lilly's announcement that they would be dis continuing production of Iletin II , the last remaining animal-based insulin on the U.S. market, in addition to its human lente and ultralente insulins - leaving some patients faced with tough treatment decisions. Overseas, UK residents who are dependant on insulin are facing similar hard choices. Novo Nordisk has now discontinued several genetically modified (or GM) human insulins , including the pen form of its Actrapid GM product. The move follows a 2004 Eli Lilly UK withdrawal of several human GM insulins . As of October, when the Novo withdrawal is complete, many Brits will be forced to switch to insulin analogs. The Insulin Dependent Diabetes Trust has been a vocal opponent of the narrowing of insulin options based on what the IDDT calls a "commercial decision," and what t
Post a Comment
Read more
September 28, 2005
Where in the landscape of literature.... ... does your favorite writer reside ?
Post a Comment
Read more
September 28, 2005
How hard are you working and for what? Companies have been willing to pay big bucks for those longer hours. Over the past 15 to 20 years, people working a 40-hour week received virtually no increase in real pay, according to research by Kuhn and Lozano. Yet employees putting in a 55-hour week saw their real pay rise by 14%. The implication: The gains of two decades of growth have mainly gone to ambitious -- or fearful -- Americans who are working longer hours. Read more here .
Post a Comment
Read more
September 28, 2005 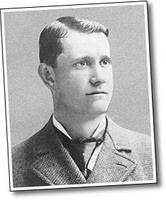